Modern Monarchies Around the World

The current special issue of the Royal Studies Journal is about royal tours in the modern era. While many of us who study monarchies specialize in ancient, medieval, or early modern history, there are a number of monarchies alive and well in today’s world. The maps below highlight the world’s current monarchies.

The first map shows the 16 countries of the British Commonwealth that recognize the monarch as head of state (the larger Commonwealth consists of over 50 countries) and the 29 other countries with monarchs. The second map is a simplified version of the first: it provides country names but many smaller principalities were left off the map. 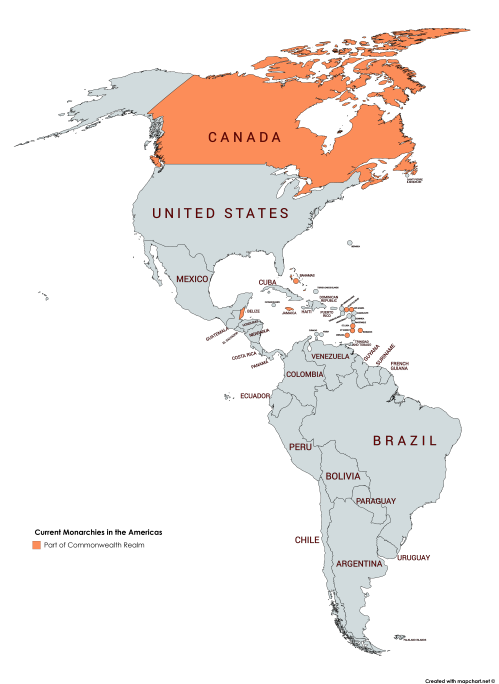 The 10 monarchies in North America are all part of the Commonwealth.

A close-up of the monarchies in Oceania. All but the Kingdom of Tonga (green) are part of the Commonwealth.

Current monarchies in Africa are Lesotho, Morocco, and Swaziland. 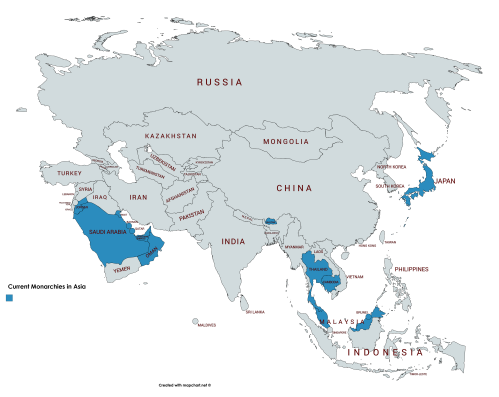 The only continents without any monarchies are Antarctica and South America. Asia and Europe are tied for the most monarchies, with 13 each.

*All maps were made using Mapchart.net, which is an extremely fun resource!